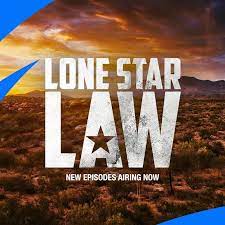 The Willamette University College of Law welcomed 217 incoming students to its law school on August 17. This class is one of the most academically talented classes to come through the program. Additionally, it has improved the school’s profile for the fifth consecutive year.

Willamette Law is pleased to announce the hiring of several new faculty members, as well as the launch of its Signature Strengths Initiative. Under this initiative, the college will help students develop the skills and knowledge to be successful in the world of law. By offering students opportunities to apply for top professional positions and preparing them for leadership roles, the school is helping future attorneys prepare for an ever-changing world.

Professors David Friedman and Joel Samuels have been added to the university’s faculty. The pair are experts in their fields. David will serve as an associate professor of law and director of the Veteran’s Legal Clinic, while Joel will be the director of the Rule of Law Collaborative. Alumnus Dustin Buehler will also join the college as an instructor in civil procedure.

Incoming law students are the academically most talented in the college’s history. As a result, the school has also expanded the number of curricular modernization opportunities. These include a partnership with the University of Alaska Anchorage, a 3+3 program with Portland State University, and a relaunch of the Children’s Law Center.

Incoming law students will be joined by faculty at 14 locations in the Midlands. Their education will include immersive learning simulations and first-class training spaces. They will have access to a wide range of resources, including a legal research library. During the school year, the students will participate in the Bruce Spaulding Trial Competition. Those who win will be awarded a $1000 prize.

One of the most notable alumni to come through the program is I.S. Leevy Johnson, ’68. He was a law professor at Willamette for more than a decade, served as the college’s dean, and is the founder of the law school’s law journal. Now, he is the CEO of American Fiduciary Services.

Another notable alumnus is Richie Gergel, who spent more than a decade working for Virgin Hyperloop One and Uber. In addition to his work, he is the author of two books and a renowned legal scholar. His next project involves research on Colombian courts.

In addition to these new faculty members, the College of Law is also launching a new Cybersecurity Legal Task Force led by 1984 alumna Karen Painter Randall. Currently, she is a nationally recognized expert in cybersecurity. She will also lead environmental justice efforts.

The law school also recently announced that alumnus John C. Few has been selected as a Sturm College of Law fellow. Through this program, the law school will collaborate with students, faculty, and post-conflict countries to advance rule of law in developing and fragile countries.